The San Jacinto County Senior Citizens Organization started in a rent-free, white wooden structure, located across from the San Jacinto Courthouse in Coldspring, Texas, through the courtesy of San Jacinto entrepreneur James Sewell.  Within three years the building was purchased from Mr. Sewell by the senior citizens of the county through fund-raising projects and grants received through the Federal Government.  It was completely remodeled, adding paneling, carpeting and air-conditioning.

A telephone referral service for senior citizens in the county, calling the Center for information such as medical assistance, physical needs, etc., was a main operation.  Trades and craft classes were offered each Thursday for any citizen, young or old, and in 1976 a country store was opened.  The store featured items made by senior citizens, with a percentage of the sales going to the Center.  The non-profit organization's goal was to "Serve the elderly of the county in any capacity available", according to Kent Morrison who served as chairman of the group in 1977.  At this time, there was approximately 60 people visiting the Center and eating nutritious meals during the 5-day, 40 hour a week operation time.

In the early 1980's the mini-bus service was discontinued, and home-bound meals were delivered to seniors in San Jacinto County.  Today the Center owns a van and a jeep used to deliver approximately 50 meals to home-bound seniors in the Coldspring, Point Blank and Evergreen areas.

In 1996 a new building was constructed, and the name was changed to Coldspring Senior Citizen's Center.  Emmitt Hippler was the Project Director and the Board of Trustees were Nolan Bordelon (president), Ruth Morrison (vice president), Homer Duby (secretary), Ned Alexander, Buford Barker, Opal Childress, Barbara Robinson and Thelma Green.

Updating the history of the Senior Citizens of San Jacinto County brings us entering into 42 years of service.  The Center has thrived during years serving the Seniors and went through valleys of hard times too.

The Center has been under several Administrators during the last years since the resignation of Emmitt Hippler.  Nancy Wolford and Peggy Barack served as Administrators followed by a tenure by Carolyn Terry Shipp that ended in late 2013.  Rayfield Jefferson began serving in the Administrator position in early 2014 until April, 2016.    The administrating actions were taken over in April by Board Members Charline Smith and Jackie Compton as volunteers, taking the lead.  The board of directors of the Senior Citizens of San Jacinto County continue at this time carrying out the administrative duties of the Center to ensure that the Senior Citizens have a place to go daily and the home-bound continue to be served.

The Center is currently in solvent condition.  The community is great in supporting The Center during recent difficult financial times.  The current board continues to seek ways to involve more Seniors and embrace the community in reaching out in partnership to serve the Senior Citizens of San Jacinto County.

During its 34 years of service to senior citizens, the San Jacinto Senior Citizens Organization has been instrumental in providing much needed services to its elderly population.

On November 11, 1974, a motion was made and passed by the court of San Jacinto County to seek bids for the purpose of purchasing a bus to provide transportation for doctor appointments, grocery shopping, purchase of medical supplies and other needs for the senior citizens countywide.  In 1975 a 12 passenger, air-conditional mini-bus was purchased through a grant from Deep East Texas Council of Governments.  Then on April 25, 1975, during a special meeting of San Jacinto County Commissioners Court, an order was signed forming a San Jacinto County Senior Citizens committee, an agency of the county, whose function was to oversee the transportation needs for senior citizens.  The Center was organized and formed under the guidance of San Jacinto County Judge K. P. Bryant who served as the first chairman. 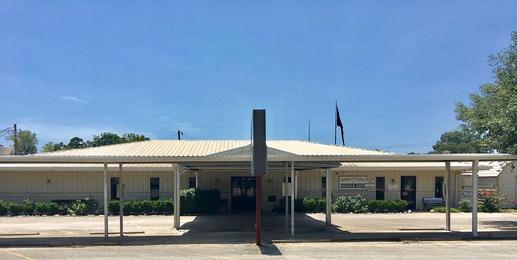